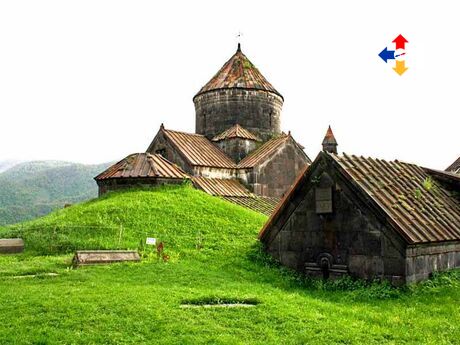 The journey through the capital of Armenia, which recently celebrated its 2800th anniversary, will begin with its geographical center - Republic Square. After that, we will visit the station square, where one of the symbols of Yerevan is located - a monument to the hero of the medieval Armenian epic, the hero David Sasuntsi.  Then, passing by the Ring Boulevard, we will go up to Victory Park, which offers a breathtaking panoramic view of the city and the biblical Ararat. Then we are going to walk along with the Yerevan Cascade - an open-air museum, then along the avenue named after the creator of the Armenian alphabet Mesrop Mashtots, we will see the Yerevan City Hall, the Sports and Concert Complex on Tsitsernakaberd Hill and finish the tour at the Theater Square near the National Academic Opera and Ballet Theater after A. Spendiaryan. Here is also Swan Lake and monuments to famous Armenian cultural representatives - composers Aram Khachaturian, Alexander Spendiaryan, Arno Babajanyan, poet and writer Hovhannes Tumanyan.

As locals joke, in winter skiers come here, and in summer – mountaineers. Judge for yourself: the Kecharis monastery complex, the Orbeli Brothers Museum, the monument to Leonid Yengibarov, Osip Mandelstam's house, finally (drum roll!) beautiful ski slopes with a total length of more than 35 km – and all this in the popular ski and climatic resort of Tsakhkadzor, which means "valley of flowers" in Armenian.

Free time. We recommend visiting: Vernissage and Central Market. (The vernissage is open every day, but only a small part. The main most part works on Saturday-Sunday).

Size:
Individual
Color:
At any time convenient for you
Duration:
6 days/5 nights
Prepayment:
30 %
Refund on cancellation:
90%

:
Yes
Hotel:
No
Room:
No
Breakfasts:
Yes, if the hotel is included
Lunches:
Yes
Number of meals:
4
Dinners:
No
Water in the car