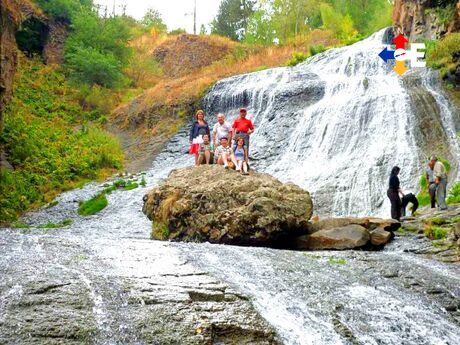 Arrival in Yerevan. Transfer to hotel.

Plunge into the holiest of holies of the Armenian brandy industry, try several types of truly noble drink, be initiated into the craft's secrets, meet with angels in the heart of Yerevan, and learn a lot of interesting things – about the secret connection between Stalin and Churchill, how kosher cognac is made, the rebirth of the Erivan fortress, nominal barrels, toasts, and much more – you will never be able to if you miss an excursion.  Do you enjoy French cuisine with chocolate? In Russian, with a squeeze of lemon? Or, as the Armenians would say, with cold delicious peaches? But keep in mind what Maxim Gorky said: "It's probably a lot simpler to climb Mount Ararat than it is to ascend from the Ararat plant's cellars".