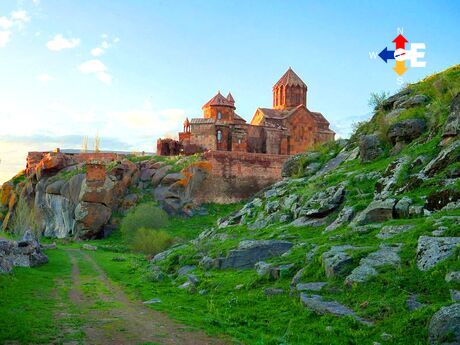 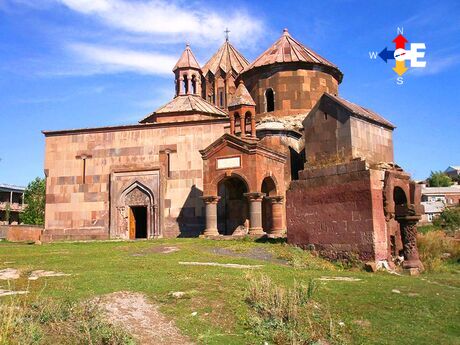 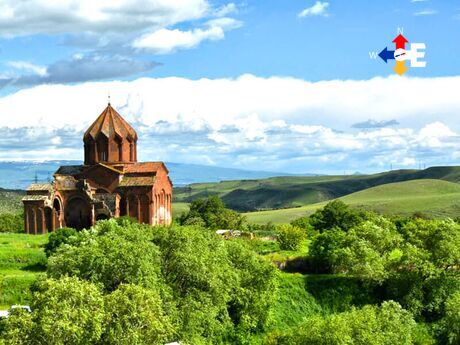 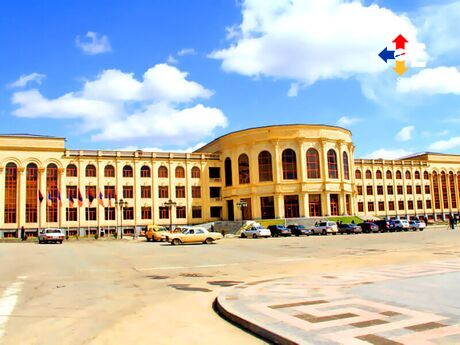 Half an hour drive from Yerevan, you find yourself in a village known since the V century, with a concentration of various antiquities in a small area. In the town of Aruch, one of the largest churches in Armenia, Aruchavank, built-in 666, the palace of the princely dynasty of Mamikonians, erected at the same time, and the guest house of the XIII century – a caravanserai, where medieval businessmen rested on the Silk Road, are located nearby. Of course, time and the forces of nature have pretty much "battered" these buildings. And here you are standing in a huge temple opposite the fresco of the Ascension, you raise your head, but there is no dome. Or rather, there is: the only eternal dome is the blue sky.

Marmashen Monastery is a monastery complex located 2 km northwest of the village of Marmarashen in the Shirak region on the left bank of the Akhuryan River. In connection with the origin of the name Marmashen, architect Toros Toramanyan said that, according to some, this word originated on behalf of the Queen of Abkhazians Maria, others -on behalf of the architect, others -the saint. According to the data that have come down to us, the spiritual and secular awakening of Marmashen was in the 10th century. The large church is named after the Mother of God.

Gyumri - northern Palmyra, the cultural capital of Armenia - was, is, and will be. This is a special place, without visiting it is impossible to comprehend Armenia. Gyumri is the birthplace of famous jokers, and witty heroes of jokes and the residents themselves are known for their sharp sense of humor, so Gyumri in a sense can be called the capital of Armenian humor. This is a city of talented, artisans, cheerful, strong people - affected by a terrible earthquake, but like a phoenix bird reborn and inviting. A city with a history, taste, own handwriting, unique face and character. Fortress city, theater city, artel city, museum city. A city with a rich, distinctive and unique architectural style. Its historical core – the Kumayri quarter - is a living museum, "time machine", and "Armenian Hollywood".

At one time, the house of a rich Gyumri merchant has now become the most attractive and visited museum in Gyumri. The museum is an old mansion, a collection of houses that is related to the history of Gyumri, everyday life, local culture, and to the architectural features of the city. The house was built by a wealthy merchant Petros Dzitokhtsyanov in 1872. Four brothers emigrated from the village of Dzitoh in Western Armenia to Alexandropol. And it was here that a house was built from the famous red tuff of Shirak.